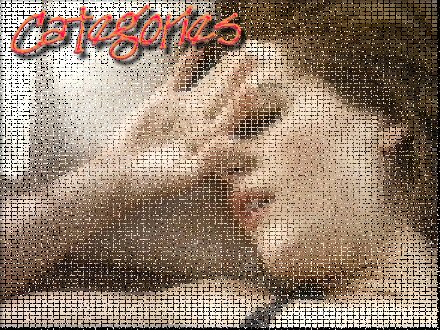 155 Words - Genderbending -- bcfan
Summary: After the kindred, he considered the possibilities.

All You Had to Do Was Ask -- Tonya Cox
Summary: Mulder's curiosity gets the better of him.

Calling Again -- Rye
Summary: The complexities of betrayal and connection are contemplated by Mulder at the close of the Eddie van Blundht case.

Comfortable Tension -- Cybil & Xfilesopus
Summary: Mulder and Scully are always filled with tension. This story deals with it.

Ditched III -- Donna
Summary: He knew he had to tell her, but he was afraid to.

In The Car -- Adrienne
Summary: Mulder and Scully find themselves in the car.

Inadequate -- Blueswirl
Summary: It's always hard to say the words.

Into the Woods -- RivkaT
Summary: A missing scene from Acadia; a direction the story didn't ultimately take.

Keyhole 03: Shade of Voyeurism -- S. E. McNiel
Summary: Based off Keyhole with permission.

A Night At the Petri's -- Soleil
Summary: Scully watches while Mulder takes a shower.
Prequel to Before the Consummation

OutFoxed -- Satina
Summary: Scully has a new boyfriend. Mulder doesn't like him. Not all is as it seems.

Pilgrim's Progress -- Cathleen Faye & Melinda MacCaughtry
Summary: Trapped together by a mountain storm, Mulder and Scully discover that while they have gone searching for one thing, they may have found something else entirely.

Supposition -- Laura Blaurosen
Summary: Mulder's self-reproach over his behavior after a certain item comes into his possession.

1-900-Redhead -- Trixie
Summary: Scully's lonely until she gets a *very* 'uplifting' call from Mulder.

Another Night on the Road -- Merri-Todd Webster
Summary: Motels can be boring places at night, even for Federal agents.

Getting Pushed -- Adrienne
Summary: Scully gets a phone call from Modell and gets really into the conversation.

Homebody -- Donna
Summary: What does she do at home alone?

Humbuggery -- mimic117
Summary: Everyone has to grow up sometime.

If I Could Describe -- The Well-Manicured Wife
Summary: Scully struggles with poesy, and reaches certain conclusions.

Little White Lie -- mimic117
Summary: Sometimes a little white lie will get you in a lot less trouble than the whole truth.

Relax III -- Trixie
Summary: What would she do if she realized he was watching?
Based on the events in Relax and Relax II: Relieving the Tension

Sunset Visitation -- mountainphile
Summary: Her pregnant body beckons to him.

Tootsie Pop III: JellyBellies and Twang -- Evielouise
Summary: Mulder and Scully travel to Austin, Texas, for a boring conference but they manage to get naughty, too.

Toys 101 -- Donnilee
Summary: I went and did it! I made a purchase. Now I'm just a little nervous for some reason.

Before the Consummation -- Soleil
Summary: Once upon a time, Scully watched Mulder take a shower. Now she's watching TV in the middle of the night, and Mulder watches Scully.
Sequel to A Night At the Petri's

Caught in the Act -- Parrotfish
Summary: A secret is revealed, threatening to permanently dissolve the partnership between Scully and Mulder.

Caught in the Act II : No Win Situation -- Parrotfish
Summary: Their affair revealed, Mulder and Scully have been given new partners. His is bad, and hers is worse. Together, they must suffer through the power games of their professional lives while learning a very different lesson about power in their private lives.

Caught in the Act III: Sub Rosa Part Parrotfish
Summary: Mulder and Scully go undercover to rescue a kidnapped child from a white supremacist militia group. Success could mean the salvation of the duo's partnership -- if it doesn't destroy them first

Click Here... -- Adrienne
Summary: You can learn an awful lot of interesting things on the internet.

Come with the Wind: A Story That Blows -- Fanny Sewer-Sendings, Mylanta Badass, & Skintimate Pee
Summary: Mulder is having a hard time, and Scully lends him a hand.

Desire is Suffering -- Darwin
Summary: Scully makes a difficult decision which forever alters her life, her career and her relationship with Mulder.

Doors -- alanna & Lydia Bower
Summary: How much of yourself can you bare but still remain alone?

Drawing A Bath -- Satina
Summary: Scully calls Mulder while she's drawing a bath for herself.

Fantasies -- Ursa Minor
Summary: Mulder has a request.
Prequel to The Distaff Fantasy by Brenda Antrim

The Find -- Shinkai
Summary: Scully and Mulder each find an article of clothing belonging to the other, which they secretly keep, becoming the focal points of some serious UST.

A Four-Letter Word for Intercourse -- Ambress
Summary: What really turns Mulder on about Scully.

Four Walls -- Xenoprobe
Summary: Summary: Mulder and Scully find themselves trapped in a phone booth in a foreign town.

Heat -- Abra Elliott
Summary: Scully has reached a certain point in her life.

Just a Phone Call -- Lucy Mattos
Summary: What would happen if Mulder and Scully start a HOT conversation on the phone?

Just Words -- Rachel Anton
Summary: What does Mulder want out of his life these days, and how does Scully react?

Keyhole -- amanda jeanne le bas de plumetot
Summary: The secrecy was part of it, and Scully had to admit a certain enjoyment.
Prequel to Keyhole 2: By Candle Light

Mutual -- Jess
Mutual 2: Son of Mutual
Mutual 3: This Time It's Personal
Mutual 4: Mutual in Space
Summary: Scully is caught doing something... erm... private. Mulder decides to let her know the feelings are mutual.

My Cellular One and Only -- frogdoggie & Mrs. frogdoggie
Summary: Mulder and Scully get up close and personal using the ubiquitous cell phone connection.

Natural Impulses -- Nurse Owens
Summary: Scully's got an attitude. She quickly learns that some natural impulses are best ridden out with a partner.

Normal People -- Livia Balaban
Summary: For every action, there is an equal and identical reaction

Not the Call They Were Waiting For -- Yonada
Summary: Two agents, a small room and phone sex.

Office Play -- Avalon
Summary: Scully receives an anonymous email that heats up the office for her and Mulder.

Q'Anay -- Lydia Bower
Summary: A phone call and a test lead to some interesting discoveries.

Radar Love -- T L Young
Summary: Mulder and Scully deal with their feelings after Mulder plants a bug and gets an earful.

Secret -- Leyla Harrison
Summary: Scully has a secret and Mulder finds out what it is.
Companion piece to Secret II by Madeleine Partous

Shake Your Egg Thing -- Sara
Summary: Scully sees a side of Mulder she never realized existed.

Truth or Dare -- Amy McClure
Summary: Mulder and Scully are the most unconventional "couple" around.

The Video 2: The Sequel -- Jess
Summary: Scully gets her revenge. Frohike gets more than he bargained for.

Wishing II: Wishing You Had Stayed -- mimic117
Summary: Scully has left, and Mulder is in despair. How will he cope?
Prequel to Wishing I Could See You

Wishing III: Wishing I Could See You -- mimic117
Summary: It's payback time for Mulder, and a little aural sex ensues between our consenting agents.
Sequel to Wishing You Had Stayed

Words to the Wise -- Karen Rasch
Summary: Mulder and Scully try to work some of the kinks out of their relationship. In the bedroom.

Worth Breaking -- Narida Law
Summary: Mulder and Scully embark on a relationship neither is able to handle, and the question of what is or isn't worth breaking must be answered.

11:21 Saturday Night -- Red Valerian
Summary - We are offered a look at the private thoughts of Skinner, Mulder and Frohike while each imagines what he'd like to be doing with the blessed one. Meanwhile, who's peopling Scully's fantasy landscape? Ah....that would be telling.

Absit Invidia -- Frogdoggie
Summary: A post-colonization story. Mulder, Scully and Skinner survive the invasion...but will they survive for long...and how?

The Caveat Emporium -- Red Valerian
Summary: For reasons of her own, Scully insists on going undercover at a telephone sex establishment.

If He Asked You -- Narida Law
Summary: A woman's lover wants a few questions answered.

Misled by Spin -- Joann Humby
Summary: Spirits are on the move. Mulder and Scully go out to investigate a case close to the FBI Director's heart.
Prequel to Misled: Suggestion by Ursa Major

Misled: Suggestion -- Ursa Major
Summary: So what was *Scully* doing that night?
Sequel to Misled by Spin by Joann Humby

More Than Personal -- Malefescent
Summary: While surveilling Scully's apartment, Alex Krycek gets that inexplicable but all too common urge to extol his thoughts to no one in particular.

Possibilities -- Brenda Antrim
Summary: This is a Mulder/Krycek/Scully story.
Sequel to The Deal and The Bait

Pretty As You Are -- Sosoprano
Summary: Memory still burns many years later.

Takeoff -- alanna (M/S/K; Slash elements)
Summary: Three people embark on a journey, with repercussions none of them expect.
Prequel to Landing Gear

Unrequited Love -- Cheezstk
Summary: Our hero takes a bathroom break with a favorite magazine, and his thoughts turn to Agent Scully.

The Bait -- Brenda Antrim
Summary: This is not a relationship story, or an X File, it's pure unadulterated sex, so get it while it's hot.
Sequel to The Deal
Prequel to Possibilities

Bedknobs and Broomsticks -- Te
Summary: What *does* Mulder do in his free time?

The Deal -- Brenda Antrim
Summary: Alex has a plan. And the bait to set it all in motion had just walked into his sights.
Prequel to The Bait

Dial M for Mulder -- Dr. Ruthless
Summary: The challenge was that the boys should have phone sex. Now, there is the plot. There ain't no more.

I Go Blind -- Halrloprillalar
Summary: Scully gets off while the boys get it on.

Mulder in Interzone -- Cody Nelson
Summary: Mulder discovers a world where secret fantasies come true -- whether you want them to or not. X-Files/Naked Lunch crossover.

One Hand -- Cody Nelson
Summary: A meditation on a lonely life.

Private Dancer -- Aries
Summary: Alex is a multi-talented man, as Mulder finds out...

Links to other pages on this site:
Home | Stories # thru M | Stories N thru Z | Categories