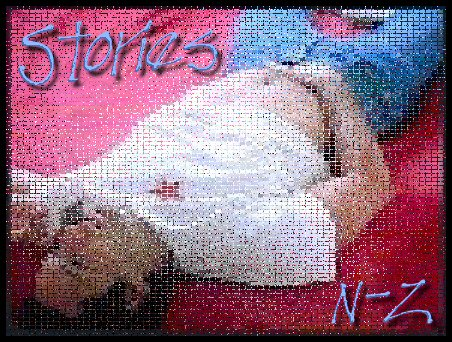 Natural Impulses -- Nurse Owens
Summary: Scully's got an attitude. She quickly learns that some natural impulses are best ridden out with a partner.

A Night At the Petri's -- Soleil
Summary: Scully watches while Mulder takes a shower.
Prequel to Before the Consummation

Normal People -- Livia Balaban
Summary: For every action, there is an equal and identical reaction

Not the Call They Were Waiting For -- Yonada
Summary: Two agents, a small room and phone sex.

Office Play -- Avalon
Summary: Scully receives an anonymous email that heats up the office for her and Mulder.

One Hand -- Cody Nelson
Summary: A meditation on a lonely life.

OutFoxed -- Satina
Summary: Scully has a new boyfriend. Mulder doesn't like him. Not all is as it seems.

Pilgrim's Progress -- Cathleen Faye & Melinda MacCaughtry
Summary: Trapped together by a mountain storm, Mulder and Scully discover that while they have gone searching for one thing, they may have found something else entirely.

Possibilities -- Brenda Antrim
Summary: This is a Mulder/Krycek/Scully story.
Sequel to The Deal and The Bait

Pretty As You Are -- Sosoprano
Summary: Memory still burns many years later.

Private Dancer -- Aries
Summary: Alex is a multi-talented man, as Mulder finds out...

Q'Anay -- Lydia Bower
Summary: A phone call and a test lead to some interesting discoveries.

Radar Love -- T L Young
Summary: Mulder and Scully deal with their feelings after Mulder plants a bug and gets an earful.

Relax III -- Trixie
Summary: What would she do if she realized he was watching?
Based on the events in Relax and Relax II: Relieving the Tension

Secret -- Leyla Harrison
Summary: Scully has a secret and Mulder finds out what it is.
Companion piece to Secret II by Madeleine Partous

Shake Your Egg Thing -- Sara
Summary: Scully sees a side of Mulder she never realized existed.

Sunset Visitation -- mountainphile
Summary: Her pregnant body beckons to him.

Supposition -- Laura Blaurosen
Summary: Mulder's self-reproach over his behavior after a certain item comes into his possession.

Takeoff -- alanna (M/S/K; Slash elements)
Summary: Three people embark on a journey, with repercussions none of them expect.
Prequel to Landing Gear

Tootsie Pop III: JellyBellies and Twang -- Evielouise
Summary: Mulder and Scully travel to Austin, Texas, for a boring conference but they manage to get naughty, too.

Toys 101 -- Donnilee
Summary: I went and did it! I made a purchase. Now I'm just a little nervous for some reason.

Truth or Dare -- Amy McClure
Summary: Mulder and Scully are the most unconventional "couple" around.

Unrequited Love -- Cheezstk
Summary: Our hero takes a bathroom break with a favorite magazine, and his thoughts turn to Agent Scully.

The Video 2: The Sequel -- Jess
Summary: Scully gets her revenge. Frohike gets more than he bargained for.

Wishing II: Wishing You Had Stayed -- mimic117
Summary: Scully has left, and Mulder is in despair. How will he cope?

Wishing III: Wishing I Could See You -- mimic117
Summary: It's payback time for Mulder, and a little aural sex ensues between our consenting agents.

Words to the Wise -- Karen Rasch
Summary: Mulder and Scully try to work some of the kinks out of their relationship. In the bedroom.

Worth Breaking -- Narida Law
Summary: Mulder and Scully embark on a relationship neither is able to handle, and the question of what is or isn't worth breaking must be answered.

Links to other pages on this site:
Home | New Additions | Stories # thru M | Categories